Figuring out what the best wireless phone chargers are is a process characterized by trial and error that can be quite expensive. In order to avoid spending unnecessary amounts of money, Apple and Android users should conduct in-depth research based on real-life reviews. That way, they will sidestep any problems related to defective goods that have an unexpectedly short lifespan or lack advertised efficiency.

Given how extensive the research process can be, however, many outlets provide their own reviews that rank some of the more popular chargers. To that end, below is a comprehensive list developed by cross-referencing charger reviews, prices, and market popularity. 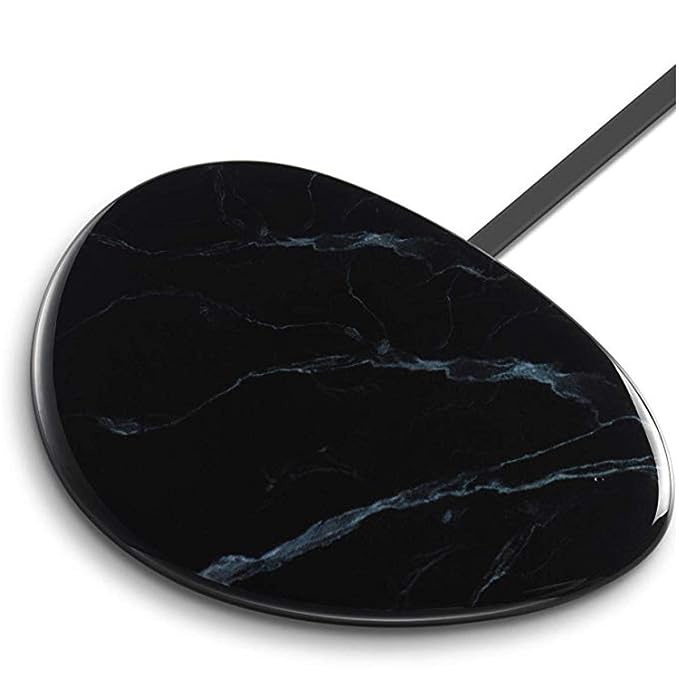 After Apple and Samsung ventured into the world of wireless charging, the production of countless options for people who want to replace their regular stands with more exciting products began. Well, Eike Industries’ black marble stand is a perfect example of this concept as it is one of the most elegant and subtle wireless chargers in existence. It comes at a very affordable price that buys a charger as well as a decorative tool when no charging is happening. 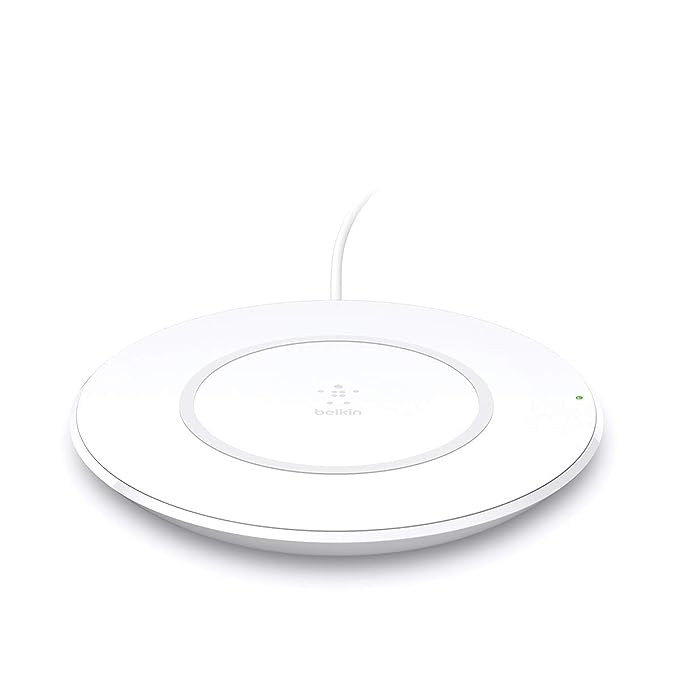 Unlike the previous option that featured a unique design, Belkin’s alternative is completely traditional. It is a bit more pricey and has a few negative reviews that stem from longevity concerns. Nonetheless, an average user finds this to be an outstanding charger that almost reminds of a modern wireless router. The compatibility is universal as practically all phones eligible for wireless charging can be boosted. 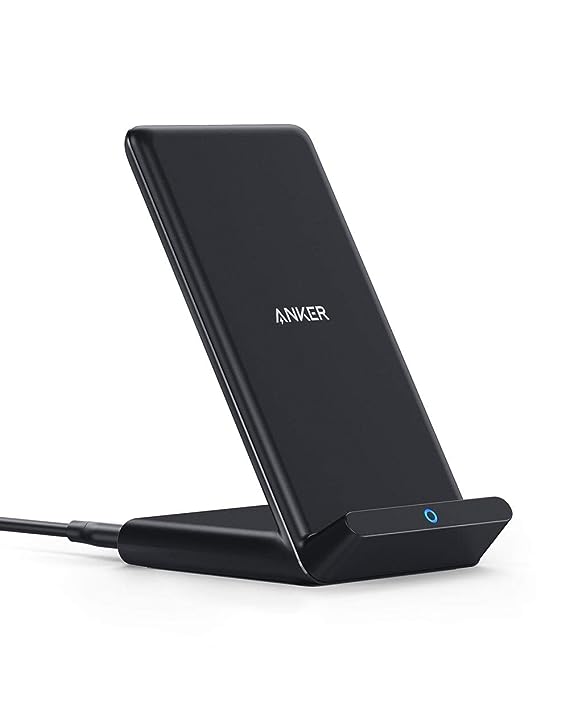 Due to its above-average power, which measures a whopping 10 watts, Anker’s stand is a wireless iPhone charger that helps people save 30 minutes per charging. Since it is compatible with practically all devices, it is fair to also call it a wireless Android charger that delivers the same time savings. The design is characterized by simplicity with a single logo and one round button on the bottom. 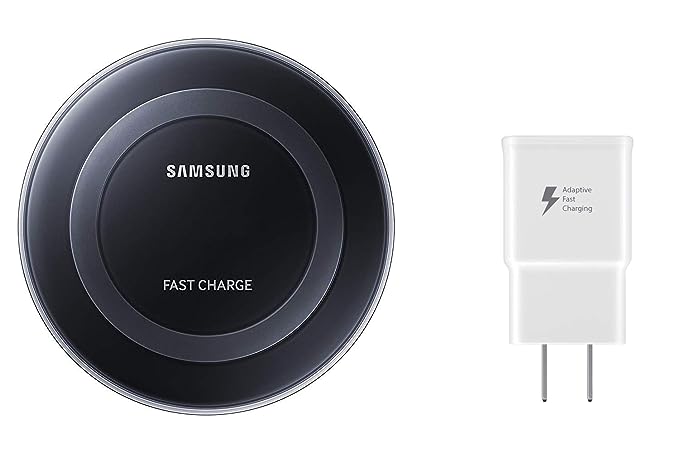 The official wireless Samsung charger is a very popular choice because its price point goes below most other products sold directly by mobile companies. While it is custom-made for Samsung devices, it also charges iPhones. The look of the pad is quite similar to the Belkin Boost-Up mentioned earlier as it is round and fully covered in one color – black. 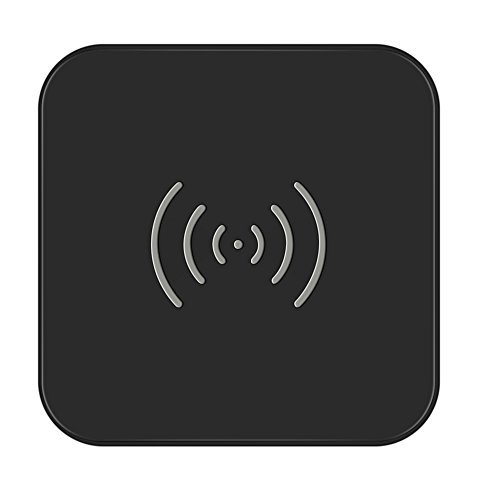 If a buyer is prioritizing affordability and elegance, there is probably no better wireless charger than the one made by CHOETECH. With thousands of reviews that are vastly positive, this square-shaped, one-color device is just slightly wider than most phones. It does not have any visible buttons or letters on the front and only shows charging bars that help it maintain the appearance of a charger. Buyers can choose between white, black, blue, red, pink, and gold colors that may additionally reduce the price. 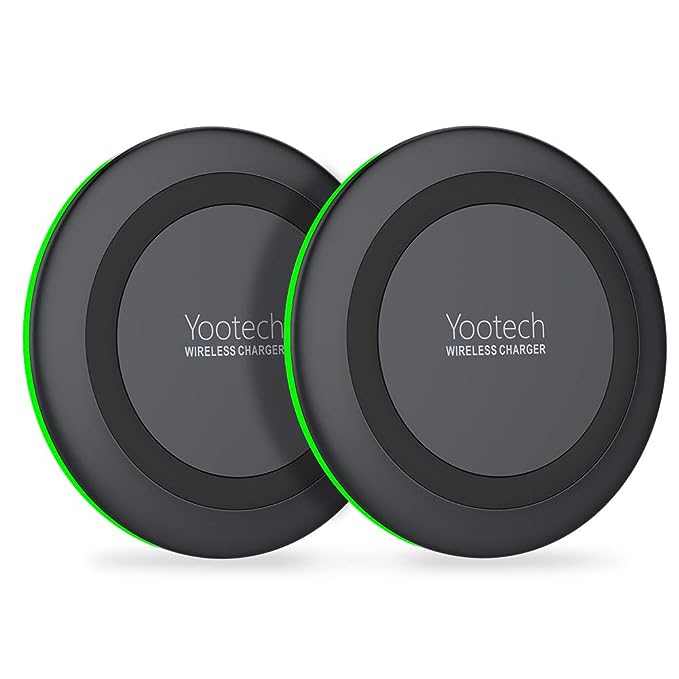 Even though the list thus far has no shortage of affordable options, YooTech brings the cheapest solution to the table. Their pack of two nicely designed wireless chargers drops the average product price below any of the other options. The power of the round, black charging pad is 7.5 watts that deliver high-speed charging to devices of all makes. In addition, the LED indicator automatically turns off after 16 seconds to avoid disruption. 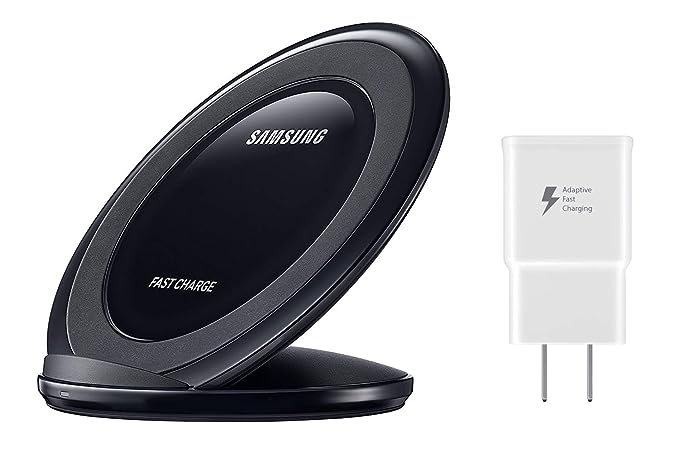 Although the official charging pad for Samsung was already mentioned, the company also sell a standing version of it. The shape is still round but comes at an angle that will facilitate better accessibility to someone who wants to continue using their device whilst charging. The power ranges between five and nine watts and charging efficiency is represented by the LED lights. Since the price is a bit above the cost of most other choices, it is important to note that this device is a byproduct of Samsung’s extensive research and development. 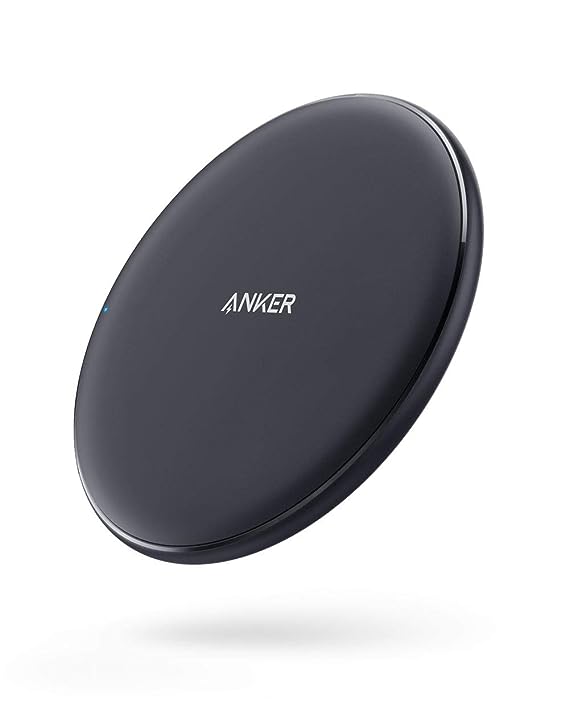 Smart device owners who want to purchase an Anker product but dislike the standing option mentioned above should look into the horizontally oriented round pad. Just like the other pad, this one is fully black and only carries five letters depicting the manufacturer’s name. The technology within the charger carries advanced temperature control, radiation shielding, and foreign object detection software. Hence why it easily makes any list of the best wireless phone chargers. 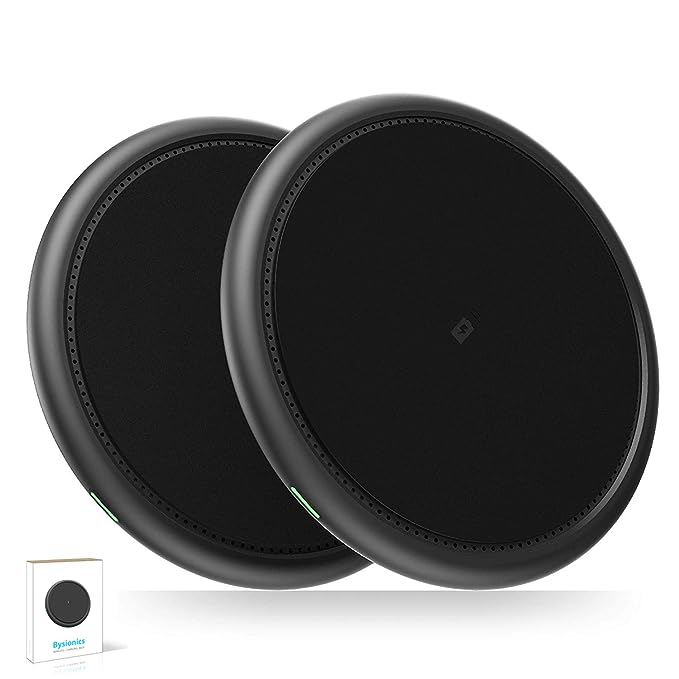 Just like YooTech, Bysionics also combines two charging pads into a single order and helps drop the average price to a very affordable range. The chargers use 7.5 watts for iPhone devices and 10 watts for Android phones. The ranging power is intuitively employed by the chargers as they prioritize over-current, short-circuit, and over-voltage protection. Bysionics pad is also incredibly small as its length is measured at only 97 millimeters. 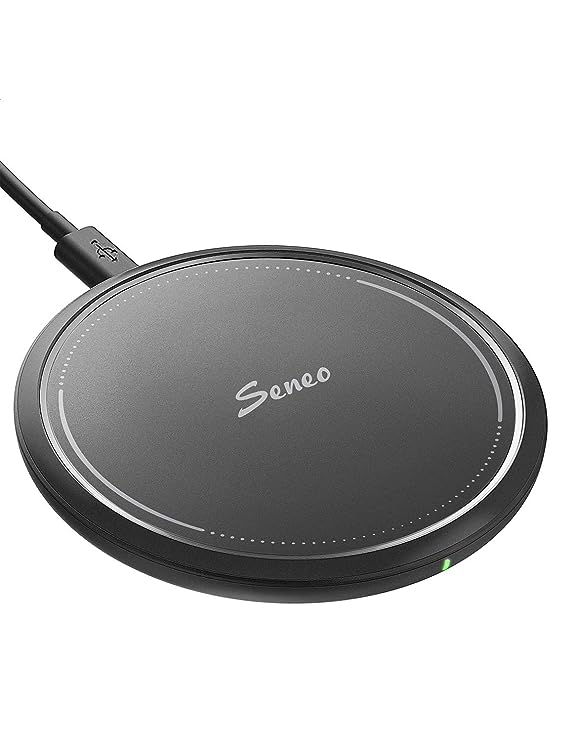 The final item on the list goes back to the timeless round design that seems to be the most popular in the market. Seneo’s alternative is a bit different, however, as it features symmetric lines and dots around the inner circle where the company’s name provides a sharp central point of focus. Buyers can choose between black and white alternatives that will deliver high-speed charging that utilizes either 7.5 or 10 watts. Like all other products on this list, Seneo includes a USB cable with the charging pad.

Although the research will still be somewhat demanding, the aforementioned options are a great starting point for anyone who may lack the necessary experience. After glancing through the best wireless phone chargers here, one should be able to at least properly prioritize between power, features, and design.