When someone is creating a compilation of some of the best minimalist watches for men, they must possess the ability to do high-quality research, understand elegance, and be familiar with current fashion trends. After all, since something as simple as a watch can completely revamp a person’s appearance, it comes as no surprise that this $9.6-billion market demands attention to details.

Ever since the 1960s, the trend of minimalist creations slowly entered virtually every sphere of consumer goods. The sector of men’s watches was no different as fashion designers and large brands rapidly started selling minimalist options. A few decades later, the offering has reached a peak with thousands of options. 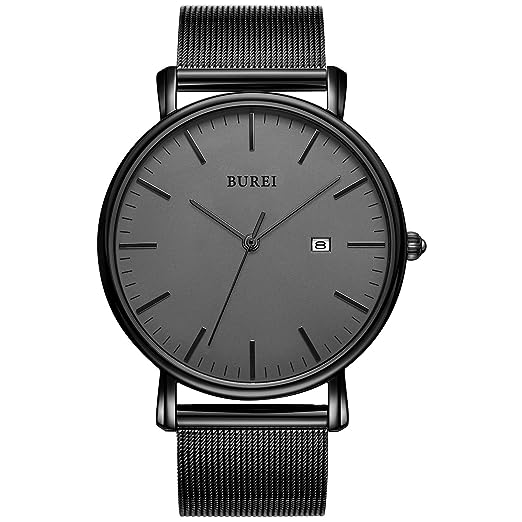 With thousands of satisfied buyers, BUREI’s minimalist watch with a mesh band made of leather is one of the most popular choices in the market. The current offering has a many as 21 different color schemes that range from simple, one-color alternatives to more contemporary, dual or triple-color options. The beautiful display echoes simplicity as it showcases nothing more than a tiny brand logo, hourly lines, and a smooth background. 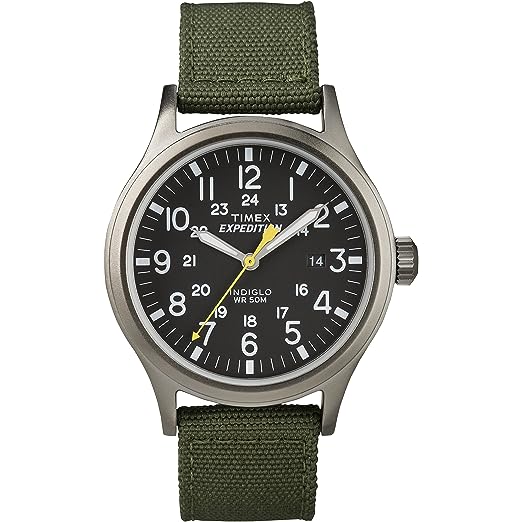 Just like BUREI, Timex minimalist watch line has over two dozen colors. Approximately one-half of all customers expressed extreme pleasure with their product whilst the rest had occasional problems with longevity and durability. Nevertheless, as a very affordable option, Scout 40 is certainly the epitome of elegance that combines full-size numbers with an off-set-colored second hand. 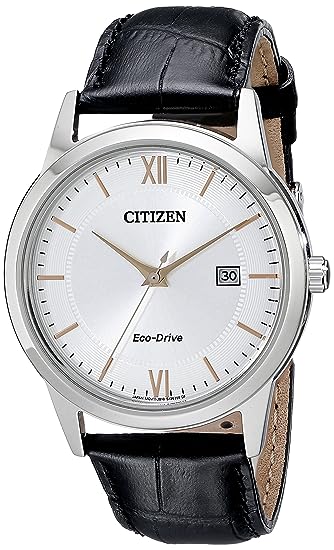 Although the term “minimalist” is loosely used when describing the Citizen’s watch, it is certainly worthy of mention. While it is on the pricey side and has only one color combination, the buyers’ reviews seem to compensate for it. The watch uses a stainless steel case with leather-colored hands and hour lines. Two roman numerals further aid the “classic” look while the black band perfectly complements the company’s logo in the background. 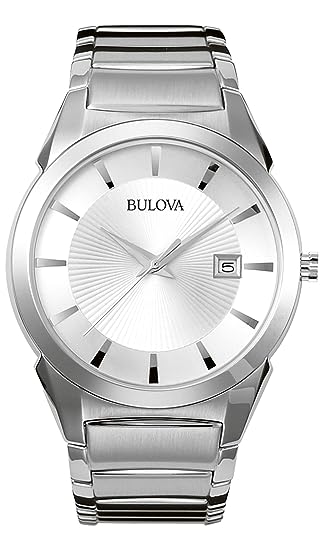 As with the aforementioned, Bulova Classic 96B015 is a byproduct of an aggressive transition between classic and minimalistic designs. It is made out of stainless steel that is used on everything from the case and hands to the actual band. The single adjustment key on the right side enables it to appear attractively plain. Company’s logo, which is written in capitalized letters, offers a nice point of focus that further drives one’s view to the date number on the side. 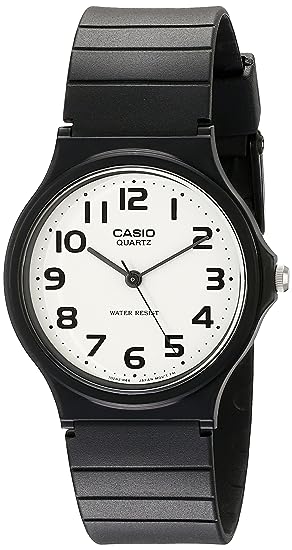 Given its reputation as one of the leaders in the affordable watch market, Casio does not disappoint with their minimalist solution. The Classic Quartz option is the cheapest watch on the list and it features an extremely unique, single-color design. The full-size hour numbers are surrounded by subtle minute dots whilst the hands match the color of the case. 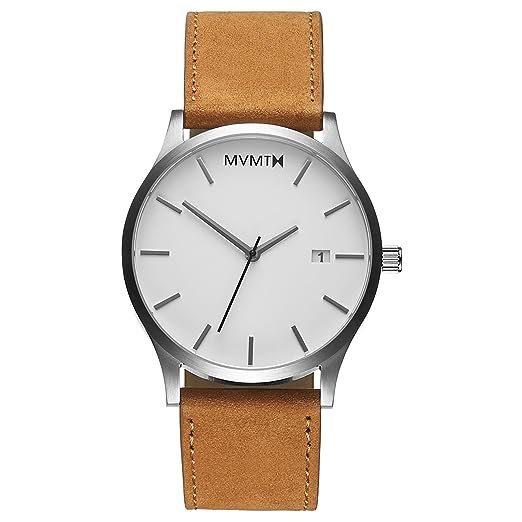 MVMT Classic delivers the notorious appeal of a simple men’s watch that is still fully within the requirements of minimalism. It comes in 10 different colors that are uniquely combined through off-setting bands, cases, and brand logos. The leather bands offer unparalleled comfort, which is proven by countless positive reviews, and the forward-thinking color schemes make the watch very noticeable. MVMT also incorporates their excellent attention to details via a tiny logo on the band itself. 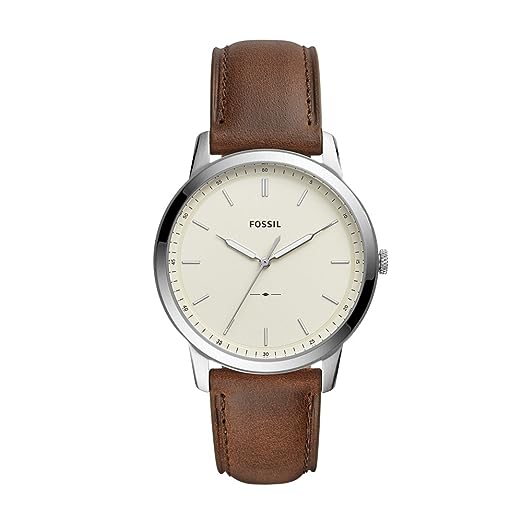 While it is not the only Fossil on this list, the Minimalist FS5439 is the more traditional option. It highlights a line-based case with a background that is depicted in an aged-white color. The leather band is dark brown with a lighter shade on the inside. Price for this alternative falls on the middle of the spectrum for the list and meets the approximate average of the entire market for affordable minimalist watches. 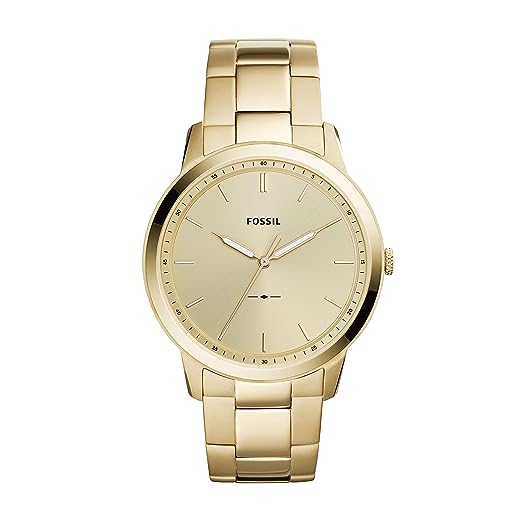 After realizing that this model is just two generations ahead of the previous one, someone could mistakenly believe that they are similar. In reality, however, they could not be more different. The FS5441 is a modern minimalist option that ranges in price. Nonetheless, even the highest-priced watch in the line-up is very attainable. There are six different options that combine gold, silver, bronze, blue, and black in an innovative manner. The case is very comparable to the FS5439, however, as it utilizes line-based hours with the same hour, minute, and second-hand designs. 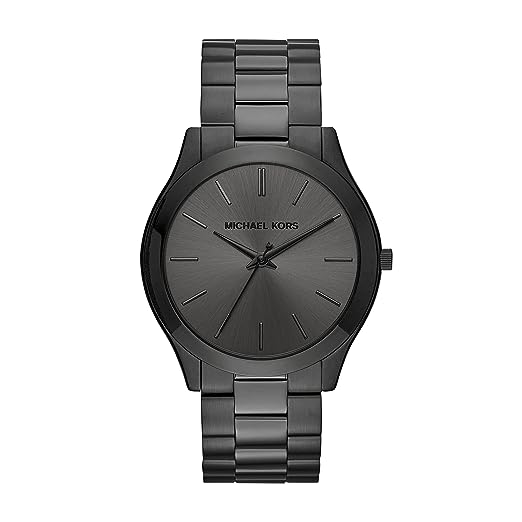 During Michael Kors’ pursuits in innumerable spheres of fashion, the American designer figured out a way to combine incredibly designed watches with his clothing. The Slim Runaway is a perfect example of this as it has six different options that are effortlessly matched to practically any outfit. The overall design reminds of the BUREI. Notwithstanding, every product is one-colored and best described as classic men’s watch crossing into minimalism. 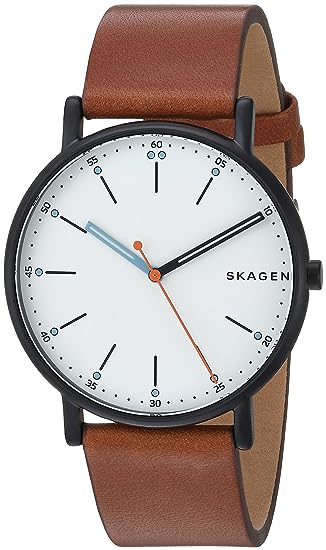 The final option is made by a Denmark-based producer called Skagen. Due to their recent 30-year anniversary, they gained a noticeable momentum and satisfied a plethora of new buyers. The SKW6374 is the leader of their minimalist line-up and it features black case, white background, leather band, and smoothly implemented shades of light blue. The price is a bit above the average but seems to be reasonable based on seemingly never-ending positive feedback.

Since these ten watches were created with different objectives in mind, it is important to determine the most common occasions for which the product will be utilized. Individuals looking to venture into minimalism goods on a regular basis should first inquire with Fossil, Casio, or Skagen. Those who want a more formal product that will be used on special occasions are better off starting with Michael Kors, MVMT, and Bulova. Regardless of the situation, it is hard to deny that the said list of some of the best minimalist watches for men will not have a solution for practically everyone.